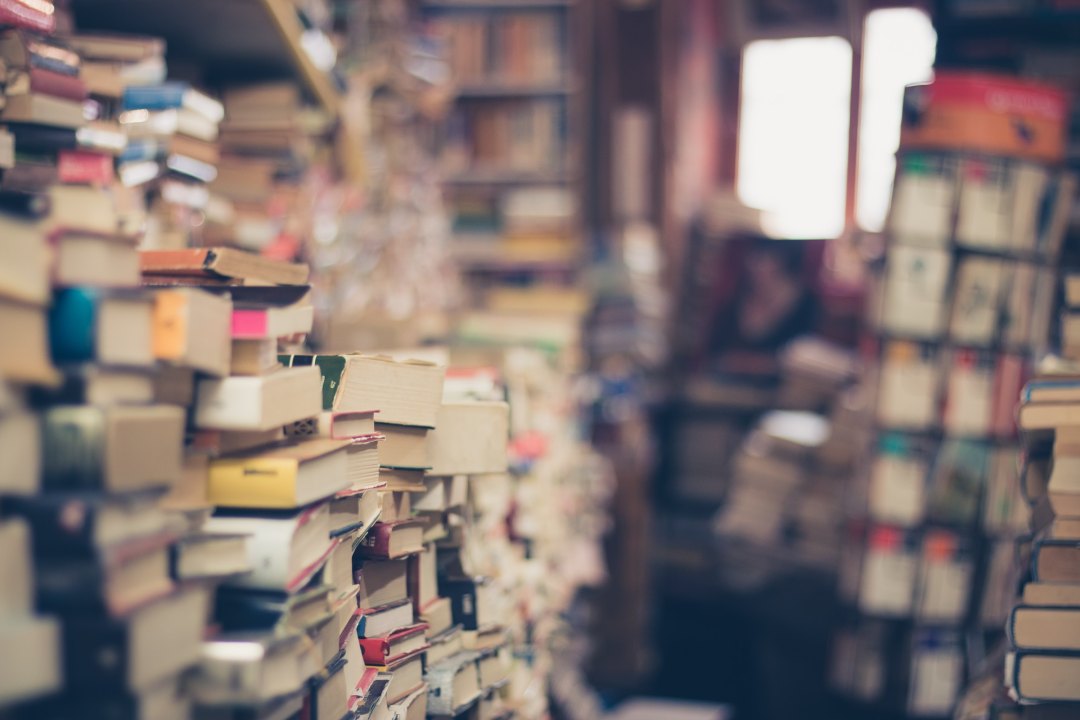 Books are a gift. We should thank God that he has given us access to such a wealth of knowledge in the written word. Although I find myself regularly wishing I had more time to read, I try to make the most of the time I do have. Here is a list of a few books I recently completed and recommend.

Deep Work: Rules for Focused Success in a Distracted World by Cal Newport – Lots of people are talking about Deep Work, and for good reason. Cal Newport’s latest book provides us with much-needed admonishment to shun distraction, focus our energy on worthwhile labor, continually develop the skill of concentration, and stop working when its time to stop working (which is much easier to do if you’ve been working hard and not wasting time during the day). In order to create things of real value, we must cultivate the habit of Deep Work. (Oh, and you should probably get off of social media, too.)

God at Work: Your Christian Vocation in All of Life by Gene Veith, Jr. – I am presently working through a reading project on the doctrine of work and vocation, and Veith’s book was at the top of the stack (in terms of recommendation). Drawing from Scripture and his Lutheran tradition (which has much to say about the doctrine of vocation) Veith’s book helps Christians understand how their daily work is not only a gift that was meant to bring satisfaction but a means by which the believer serves his neighbor and fulfills their calling to be rich in good works.

Every Good Endeavor: Connecting Your Work to God’s Work by Tim Keller – Similarly to Veith’s book, Keller’s Every Good Endeavor sets out to help Christians think about their work from a biblical perspective. Keller lays the foundation for rightly understanding work by starting in the first chapters of Genesis where we learn that God designed Adam and Eve for productive labor and tasked them with important responsibilities before the fall. The implication? Work was God’s good gift to man. But Keller also takes us to Genesis 3 (and many other biblical texts) to account for why we regularly battle frustration, futility, disillusionment, and even the snare of idolatry as we go about our daily work. The curse didn’t make work necessary; it made work difficult and occasionally fruitless. But work is still good, and in Christ we can pursue our work in a way that pleases God, blesses our neighbor, and brings us satisfaction.

Political Thought: A Student’s Guide by Hunter Baker With this book Hunter Baker has provided an accessible and easy-to-read resource to enable Christians think more clearly about the foundations of political theory. In order to regain your bearings on what really matters in politics, I recommend you take a break from the media sound-bites and the blaring commentary for a few days and feed on this little book.

The Problems of Christian Leadership by John Stott – This is a very small book that will take most people about one hour to complete. It is not Stott’s most profound or important work (The Cross of Christ enjoys that place), but there are a few helpful points—both practical and theological—for Christian leaders. Stott deals briefly with the problems of discouragement, self-discipline, relationships, and youth.

Here I Stand: A Life of Martin Luther by Roland H. Bainton – In preparation for teaching our young adult class on the history and theology of the Reformation, I listened to Bainton’s classic Here I Stand. I was encouraged by Bainton’s account because it showed me how God saved and used a flawed man who was aflame for Christ and the gospel to bring genuine spiritual renewal to Europe and eventually to the world.

Raising Men, Not Boys: Shepherding Your Sons to Be Men of God by Mike Fabarez –  Mike Fabarez is a pastor at a strong and growing church in Aliso Veijo, California. His latest book on parenting boys is simultaneously challenging and encouraging. Fabarez deals with biblical foundations for raising children throughout the book, but he also draws from years of parenting and pastoring to offer what he calls “‘spiritual common sense’ (not mandated techniques)” to aid Christian parents in practical issues as they train their little boys to become godly young men.

Justification Reconsidered: Rethinking a Pauline Theme by Stephen Westerholm –  In order to prepare to teach a seminary class on soteriology, I’ve been reading a selection of books on the doctrine of salvation. One of the first on the list was a work on justification that addresses what has been called the New Perspective on Paul (NPP). Westerholm succinctly deals with the major arguments advanced by NPP proponents and offers insightful biblical and theological responses. An important lesson I learned: if you don’t get sin right, you won’t likely get grace (or justification) right.

Why the Liberals Win (Even When They Lose Elections) by Stephen Prothero – If you are concerned that the American political discussion has never been so divided as it is now, let Stephen Prothero encourage you. Ever since the beginning of this grand experiment Americans have pursued the good of the country from significantly different perspectives. Culture wars, therefore, are not new—a creation of the moral majority or religious right as some have suggested. Yet, although our citizens have wrestled passionately and publicly over what truly constitutes core American value since this nation’s inception, “the arc, of American cultural politics,” Prothero concludes, “bends toward more liberty, not less” (262). If I am reading him correctly, I believe Prothero sees such liberty exemplified in the recent culture war over gay “marriage” where Americans of the same gender have been granted the freedom (liberty) to marry. The book, therefore, is a reminder that inasmuch as liberalism as an ideology departs from biblical truth, it is likely that it will continue to gain ground in a country where the dominant culture drives politics and, eventually, determines our laws.

Photo by Eli Francis on Unsplash